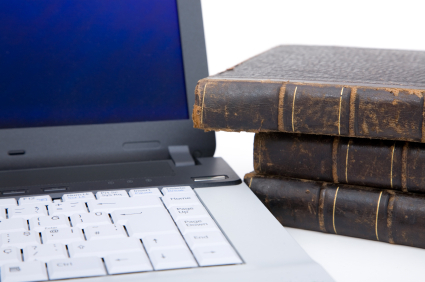 I saw @mhat’s tweet today about ‘What language should I learn‘  and it got me thinking about the times I’ve asked that question and how I might answer it. So, @mhat, I’m taking your tweet to be a challenge to write an unbiased and ‘unwrong’ post. To do this, I’m going to give you a history of the languages I have learned.

As I wrote in my first post, I started at a tender age, on a ZX Spectrum. The Spectrum came with a dialect of BASIC, called ‘Sinclair Basic’. Like all BASIC derivatives, it’s a high level language, however unlike modern flavours of BASIC, it was untyped and unstructured. Lines of code were entered with the line number provided explicitly. There was no variable scoping and subroutines were implemented as a special ‘GOTO’ called ‘GOSUB’ which allowed you to ‘RETURN’ to the next line. However, since there was no variable scoping, recursion was impossible.

That said, I was 5 at the time, I wasn’t too worried about recursion at the time. My programming was limited to copying code out of books containing page after page of ZX Spectrum programs. My brother and I would diligently type these out, then play the game for a while and then start playing with the code to see what changes we could make. This process was about as successful as genetic mutation. More often than not, our change would kill the program, but sometimes it would lead to great stuff.

As we got older, our 48K Spectrum was replaced with a 128K Spectrum. Along with the extra memory, came an update to BASIC to include keywords that allowed direct access to the MIDI chip. I continued to mess around with BASIC, making programs that would play both hands of a piano score, as well as simple games.

My first experience with an IBM PC was the 286. I migrated from Sinclair BASIC to GW-BASIC. At this point, I was writing programs from scratch, including a text adventure called ‘Loup-Garou Chateau’. Tragically, this game has been lost from prosperity, but it was my first foray into actually designing a program before coding it. I chose GW-BASIC, simply because I was very familiar with BASIC and it made for the simplest transition.

As the years passed, I would inherit my dad’s old computers, moving up through the 386 to the 486. At this point, I got my hands on Visual Basic. Again, this transition was driven by the ease of transition from what I knew to something new. This was my first experience with a proper development IDE, as well as my first experience with creating GUIs. Beyond that, it wasn’t a great step forward to me… that would come during university.

I never studied computing at university; I was a physics student. However, the course I took, included some small computing components. For one lab rotation, we learned how to use computers for physical analysis. This was back in 2000 and they had us coding with Pascal. At the same time, I was playing with C at the suggestion of my dad. For the first time, I was learning about functions and variable typing. In addition, I was programming with the intention to solve problems that were being presented to me, instead of just ‘playing’ with a language and seeing what it could do. When you have an externally provided problem to solve, you’re forced to learn how to use new facets of the language. If you’re just playing around, you can be limited to seeing what you can do with the parts of the language you understand.

While at university, I also participated in an Electronics lab which involved learning about the 8086 processor. We had an experimental board which allowed us to commit opcodes to a region of memory and then execute them. As part of the practical, we actually had to wire up the SUB instruction, by running the clock signal through the appropriate logic gates and to the appropriate ALU pins. This was my first experience with the lowest level of programming.

In the summer between my second and third years, I spent four weeks working for Milford Instruments. While there, I developed a DMX-512 Transceiver Controller. I was working with the SX-Chip from Parallax and learned how to write assembler, how to work with interrupt handlers and how to get microcontrollers to talk to other microchips. For 4 weeks, I worked on the firmware and the hardware and really learned what programming was all about…

Coding starts to bring in money

My month at Milford Instruments made me realise what I wanted to do with my time; I wanted to get into development professionally. It was an obvious choice to apply to IBM and I started working at their Hursley Development Lab, one weeks after school ended. They had me working on a protocol converter, (this time, a SCSI-SSA converter) and, as before, it was coded in assembler.

After a couple of years working on this, I moved to work on one of their Storage RAID controllers. This time I was coding in C, the first time I had done so, professionally. However, alongside all this production code, I was steadily learning how to write Perl and Korn Shell scripts for developing test rigs. I was also teaching myself how to code for the web. I’d done some basic page development while at university, but I was beginning to learn about dynamic pages and DOM manipulation.

My next move got me into support and I started writing a web-based support tool. It uses Perl and MySQL in the back-end and HTML and Javascript in the front-end.

The main thing I got from the IBM Development Lab was the chance to be surrounded by people writing a wide variety of code to solve a wide variety of problems and be exposed to what other people were doing with languages that I both knew and that I had never heard of. I learned that there is really no such thing as the one perfect language, rather the best language for the job in hand.

What’s the point of all this?

So, what’s the point of this post? Is it possible to write a post about “Which language should I use” that is not biased and has some value? I hope so. Here’s what I feel I’ve learned over the years.

People write code for a wide variety of reasons. The language that they code in is also determined by a multitude of factors. More often than not, we don’t have a truly free hand when it comes to choosing the language we’re coding in. However, looking back, I believe I see some benefits in the track I took.

Did I just cop out?

So, did I just cop out of the question? If someone asked me what language they should learn, how would I answer? That depends on the person. If they were just starting out, I would say Perl or Python. These languages have a huge development community and millions of pages dedicated to coding in them. They are in common usage and show no signs of disappearing in the near future. They are neither arcane nor limited in their range and they allow for procedural and object oriented style programming, meaning that the developer can transition to OO without having to change languages.

If I was being asked by someone with a reasonable amount of development, I would strongly suggest Javascript. As the powerhouse behind Web 2.0 and the basis for coding on the Palm Pre, it’s critical to know this language. However, testing and debugging Javascript is not a trivial task and requires a developer who is comfortable writing code that has ‘a good chance’ of working so that troubleshooting is limited to ironing out wrinkle. Also, the problems of cross-browser support are bewildering enough for experienced coders; exposing a brand new coder to Javascript would probably be the end of their efforts in the field.

If someone wanted to spread their wings a little, I’d strongly suggest taking a look at Assembler or some other microprocessor based language. It’s still coding, but you’re forced to truly understand your code’s interaction with external factors that don’t care about your nice neat program. Spending time debugging microprocessor code; especially code that interacts with an external piece of hardware, gives you a true understanding of the many ways that code can fail to work.