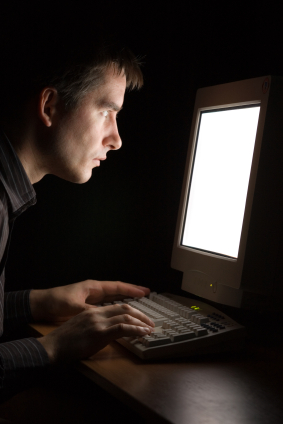 There is a lot of excitement in the mobile development world about the coming of the Palm Pre. Palm’s been doing pretty poorly of late, so the alternate prospects of abject failure (and bye, bye Palm) and glorious success (bye, bye iPhone) has get everyone all of a quiver. The thing is, I’m a big geek… I’m just excited about webOS.

If you don’t know, webOS is the new operating system that Palm have created. Instead of having to write apps in Objective C or Java, Palm have opted for having HTML, Javascript and CSS as the language of choice. I think this might be a smart move on their part; the number of applications that developers write is directly proportional to the number of developers who actually have the expertise to code for this platform. However, I think Palm have only made half of this smart move.

If you want to change the game, you sometimes need to bring in new players. Right now, the smartphone application development arena is populated by Objective C developers and Java developers. Many of these developers have been mobile application developers for a long time. They bring great experience with them, but they also bring history. They look at applications in a ‘mobile’ way; this is not necessarily the best way. Palm seem to have opened the door, but they’re not doing anything to point the door out to people or to encourage them to walk through it.

I want to see web developers sit up and take notice of webOS and the Palm Pre. For one thing, it’s an opportunity for them to branch out and extend their repertoire. They don’t need to learn a new language; just an alteration in architecture and a new framework. With very little effort, a seasoned web developer can become a webOS developer.
Also, web developers are used to the stateless nature of web pages and have learned to work around this with cookies and HTML 5 Storage functions. In addition, they’re used to JSON and working with DOM manipulation. That means that they can concentrate on the important aspect of generating innovative ideas for apps, instead of getting to grips with a new language.

Bringing in developers without a traditional mobile mindset will, no doubt, result in some applications that really don’t perform well on a mobile platform. However, it also brings the potential for some really great ideas, unfettered by the idea of ‘what is possible’. Again, Palm do not appear to be highlighting this; instead they are highlighting the number of PalmOS developers that they have.

If you’re a web developer out there, looking for a new challenge, take a long hard look at the Palm Pre. If you’re interested, go over to the preDevCamp website and sign up or organizer a local event; join an evergrowing group of developers excited by this new platform. As a founder of preDevCamp, I have to admit a bias, but I’m not waiting for Palm to realise what they’ve got here